Is the J-curve effect coming back? 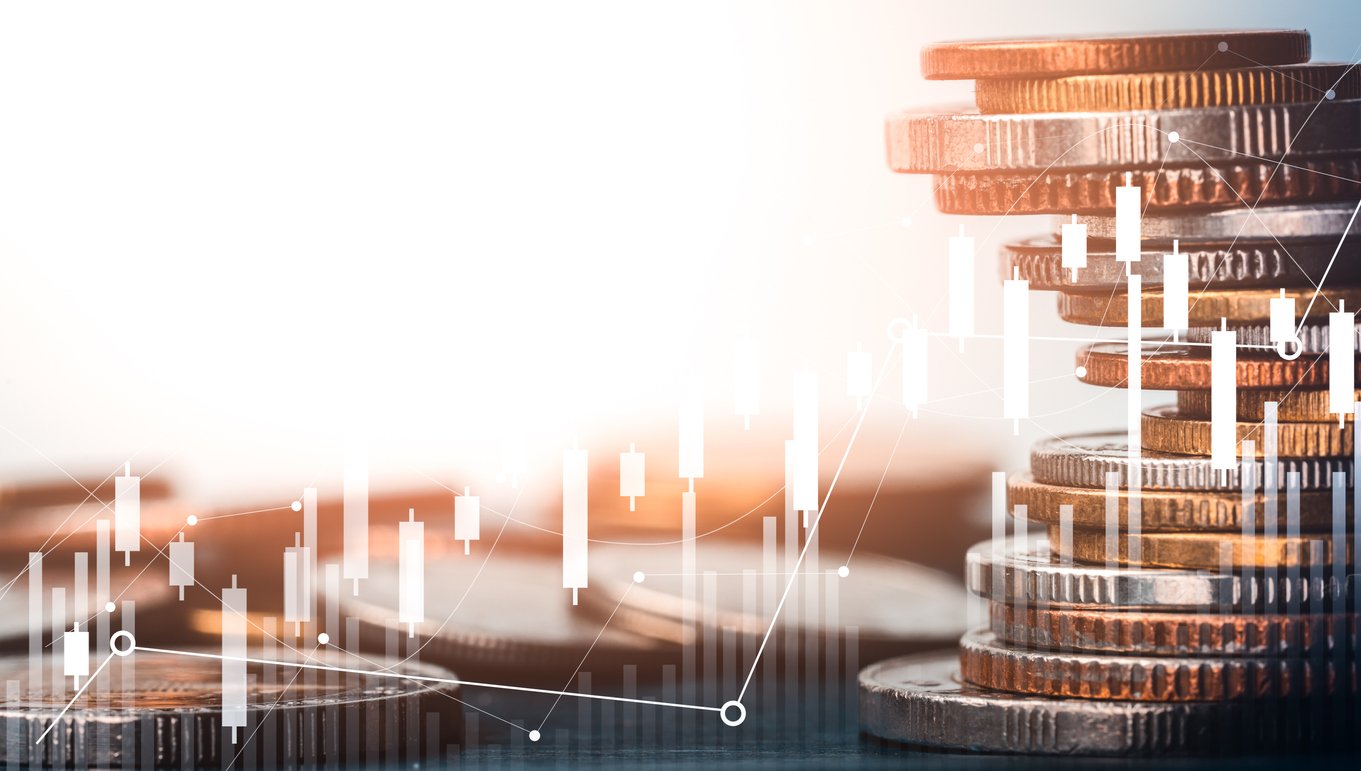 Unlike in April 2017, the cut in bond issuance in early July 2019 was not officially announced by BOT as a program and not large enough to result in the falling outstanding bonds.  We, thus, believe that J-curve is unlikely to occur unless the BOT cut its bond issuance large enough to result in falling BOT bond outstanding.  On policy rate outlook, while we maintain our view on a flat policy rate, we foresee a rising chance of a 25 bps rate cut in 4Q19F if 2019F GDP shows signs of falling below 3%. We expect pressure on Thai bond yields and Thai baht to continue and hence revise our year-end forecasts of 1-year bond yield to 1.65%-1.75%, 10-year bond yield to 1.9-2.0%, and USDTHB to 30-31.


Maintain our view on a flat policy rate but foresee a downside risk on a policy rate cut if 2019F GDP below 3%.  Before discussing our view on the J-curve effects (the situation when the short-term bond yields, such as 3-month, 6-month, or 1-year maturity are significantly lower than the policy rate, which is 1-day repurchase rate), we would like to start with our view on the policy rate. While showing some concerns on global economic slowdown and trade tensions, the Monetary Policy Committee (MPC) expects the economic recovery in 2020F and continue to believe that there remained a need to address financial stability risks. With a lower real policy rates compared to regional peers, EIC believes that the MPC has a smaller policy space and hence less likely to follow their regional counterparts in cutting its policy rate in 2019F. However, our recent 2019 GDP forecast (3.1% vs 3.3% by the MPC) heavily hinges on the assumption that no further tariff escalation in 2H19F. In our scenario analysis, if the tension escalates, 2019F GDP growth is likely to fall below 3% and hence we foresee a 25 bps rate cut in 4Q19F. 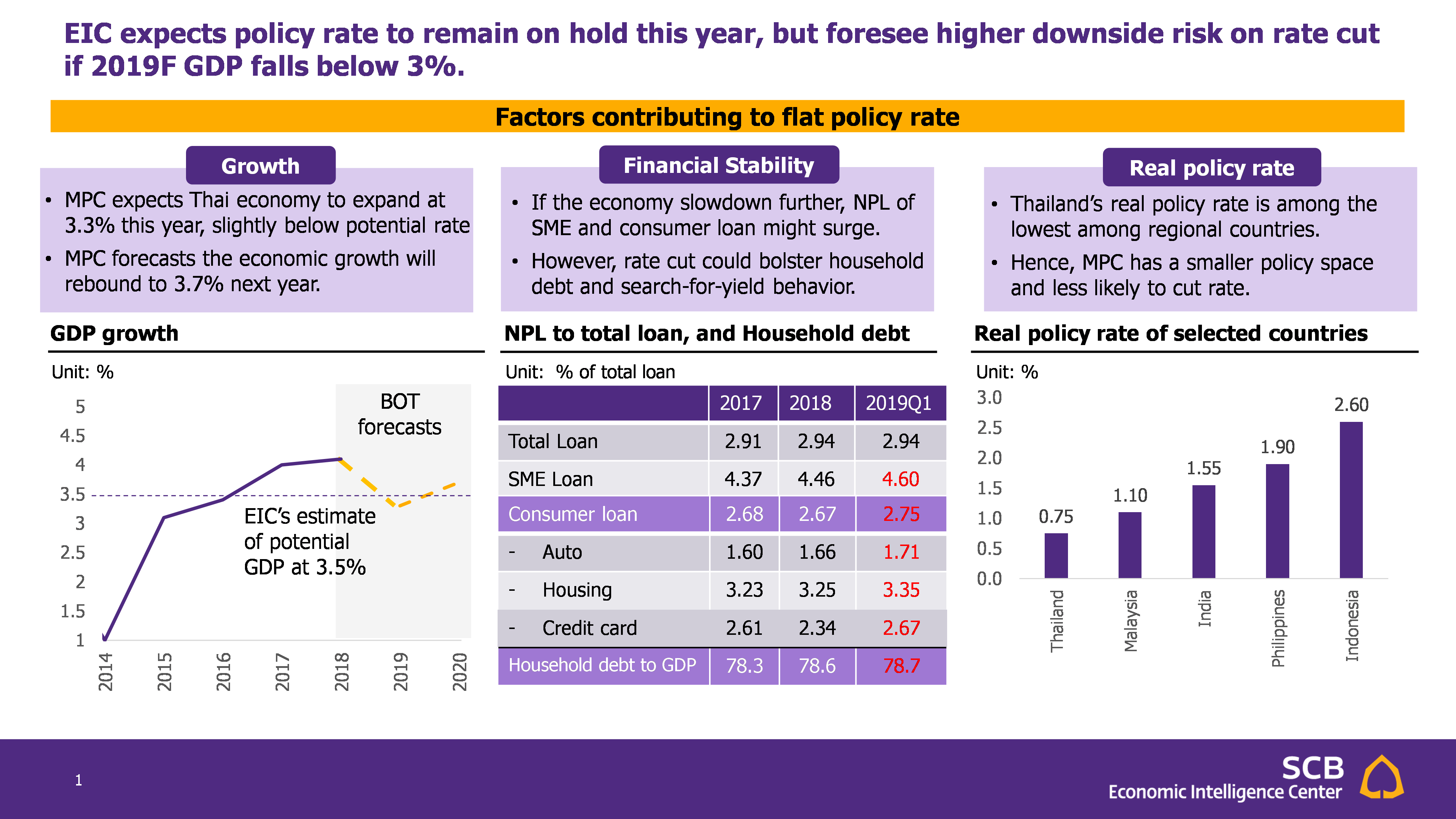 The return of the J-Curve effect? In our view, three key factors leading to the J-curve effect in mid-2017 include 1) rising markets’ expectation on MPC’s rate cut, 2) persistent and significant strengthening THB against peers which prompts non-resident investors to speculate in Thai government bond market, and 3) falling BOT bond outstanding. As widely known, the program did not follow by the weakening THB against peers. In fact, THB started to depreciate mainly due to the rising dollar index (DXY) on the back of the hawkish Fed in 1Q18. Note that the appreciating THB took place a year after the start of the program and over the period when the BOT bond outstanding started to increase. 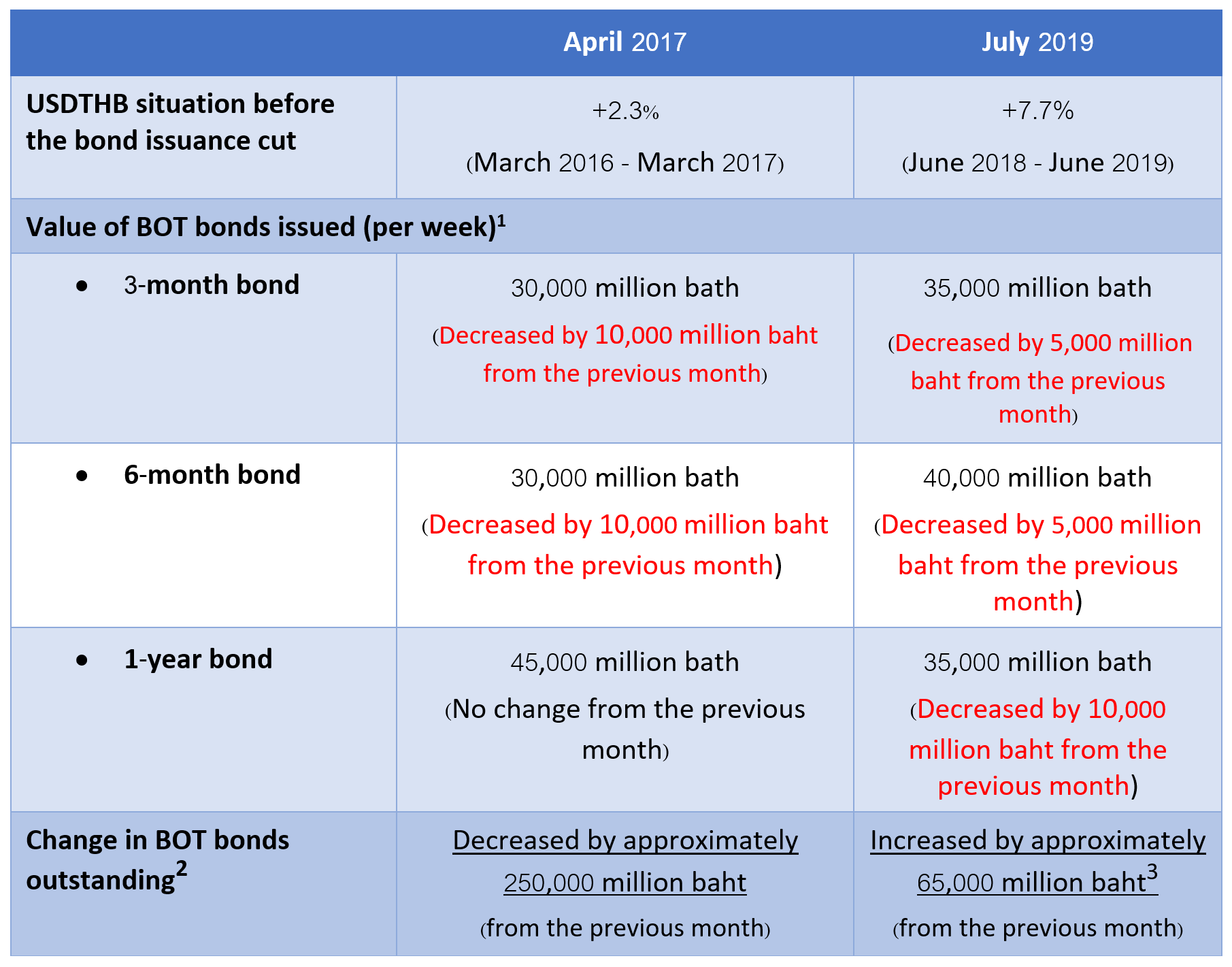 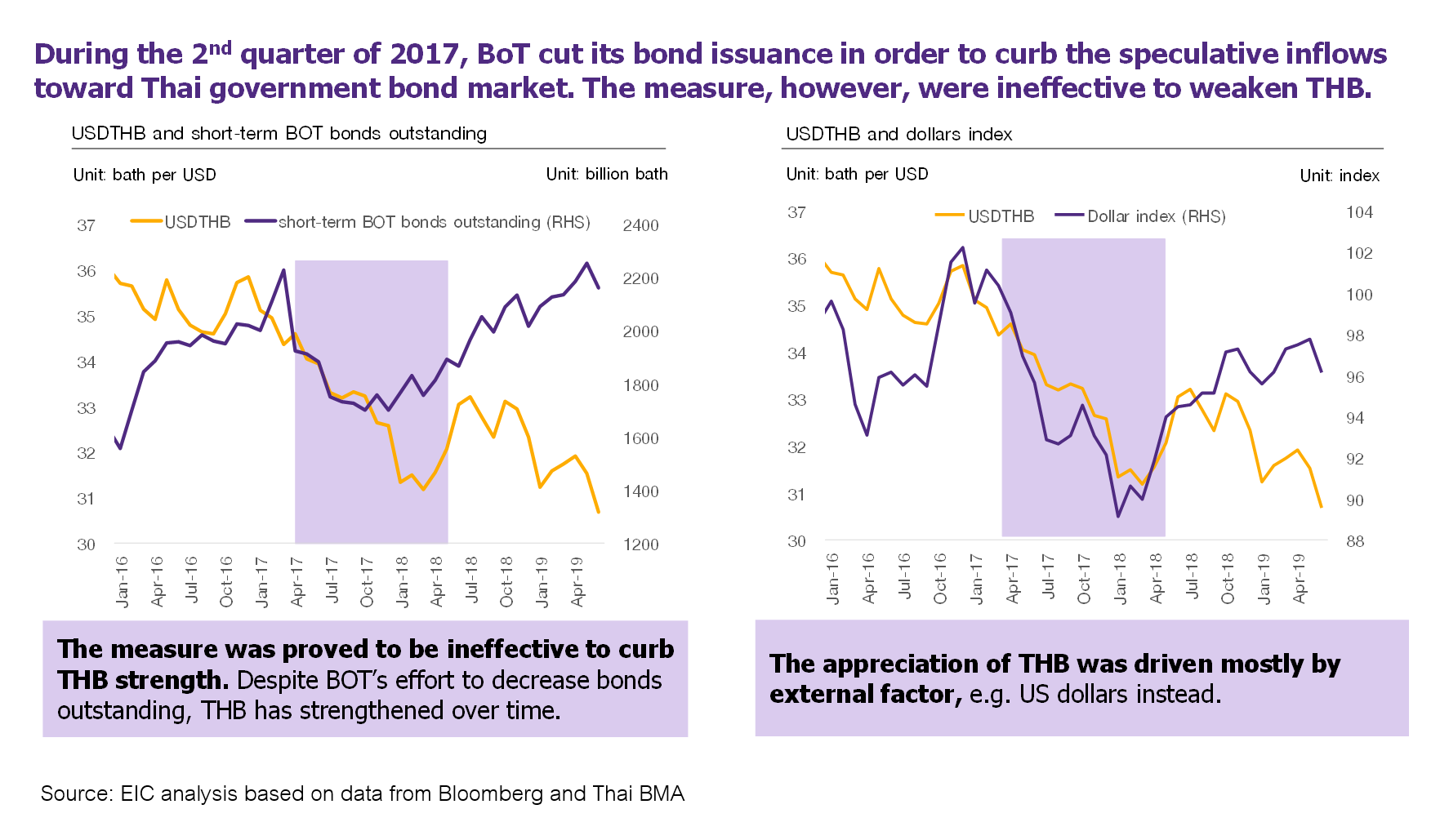 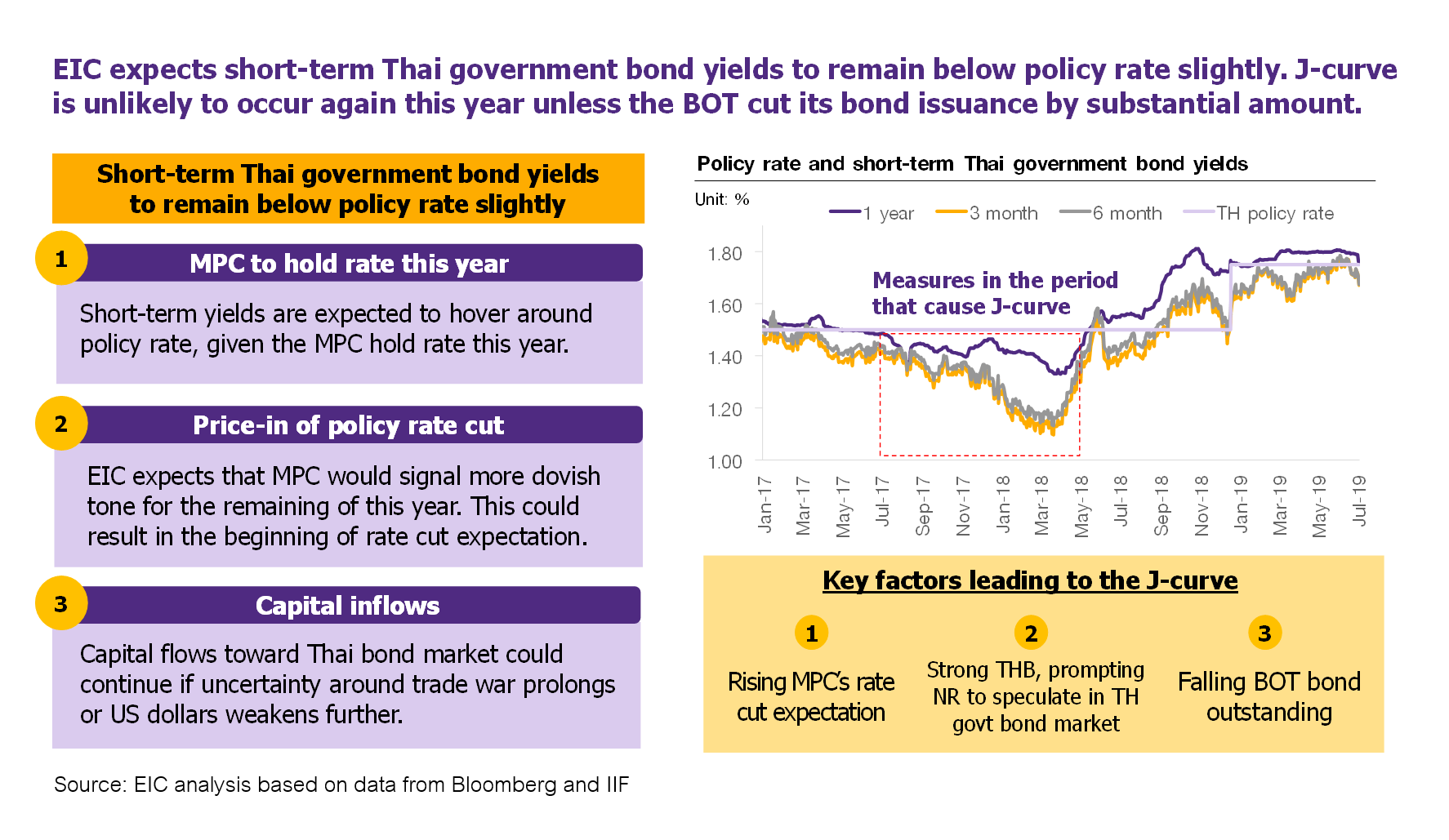 Pressure on Thai bond yields likely to continue. We revise down our forecast for 1-year bond yield at end-2019F to 1.65%-1.75% (vs 1.7%-1.8%). While we maintain our view on the flat policy rate throughout 2019, we expect slow GDP growth momentum and strong THB to raise markets’ expectation on BOT rate cut in late 2019. Moreover, we also revise down our 10-year bond yield forecast at end-2019F to 1.9%-2.0% (vs 2.6%-2.8%) mainly to reflect the recent fall in 10-year Thai and US government bond yields, combined with our call on 2 Fed rate cuts in 2H19F on the back of US growth slowdown and lower inflation expectations.

Expect USD/THB movement of 30-31 for the rest of the year. We foresee strengthening pressure on Thai Baht to continue over 2H19 for three reasons. First, we expect US dollars to hover around the current level. This is because the dovish Fed, which usually weakens dollars, would be balanced by the slowdown in global economy, which creates demand for dollars. Second, Thai Baht status as a regional safe haven currency, supported by a large current account surplus (X% of GDP in 2018) and high reserves to short-term external debts (3.3X in 1Q2019). Third, compared with Thai MPC’s stance, we foresee more dovish stance by the Fed and other regional central banks. 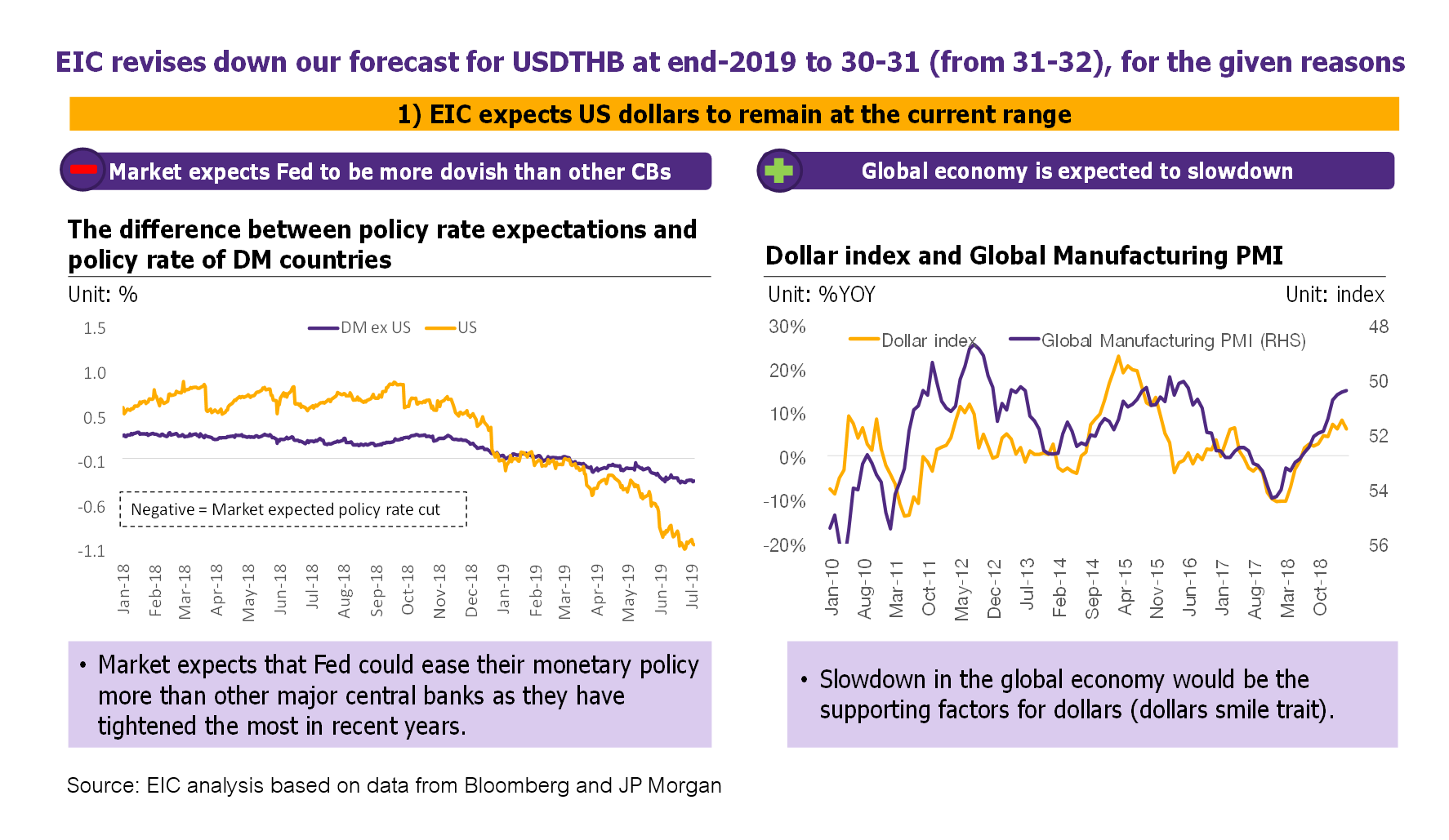 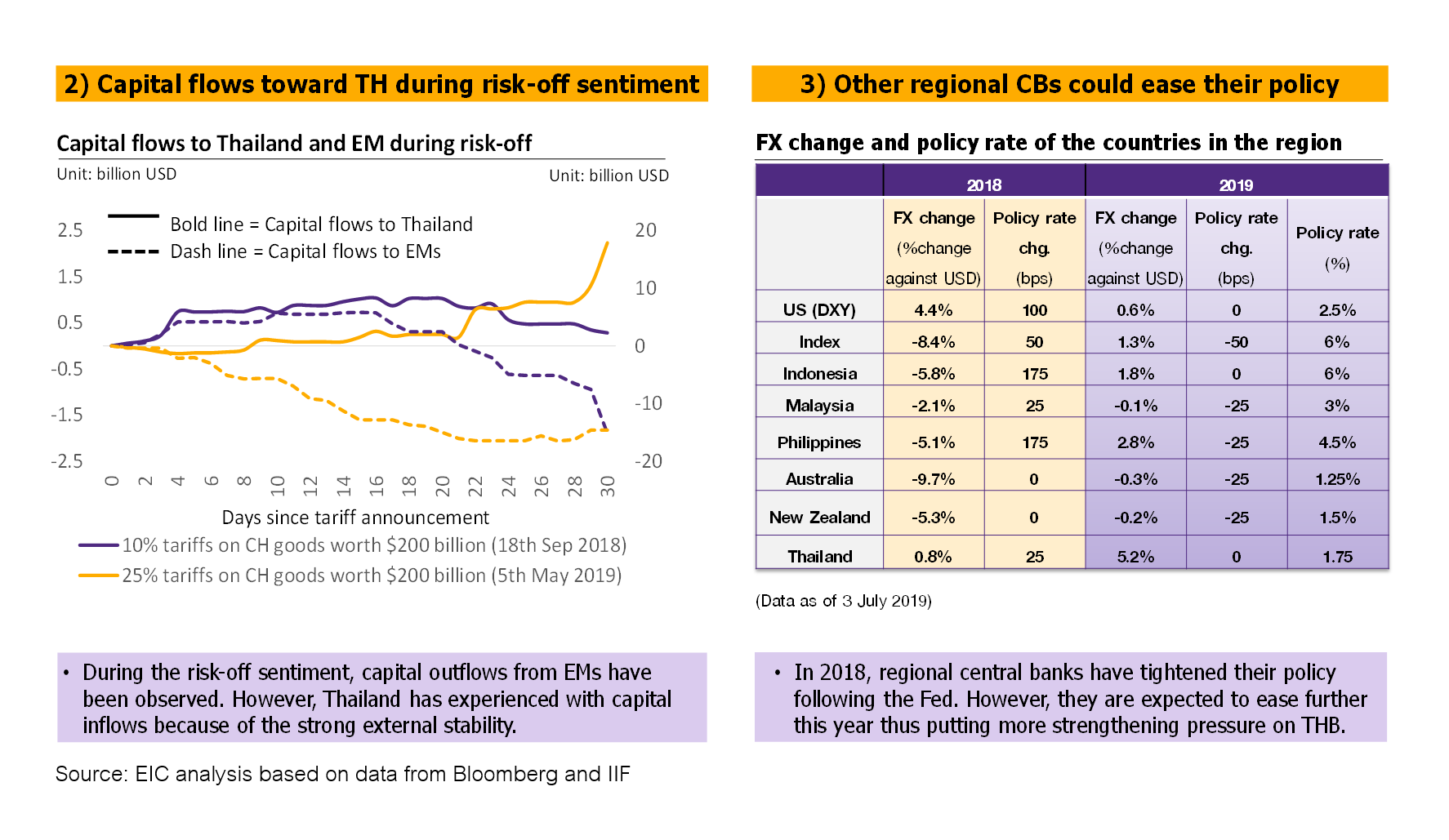