Thai exports in April continued to contract by -2.6%YOY. EIC revises down 2019 exports forecast to 0.6%.

The value of Thai exports fell by -2.6%YOY in April 2019, a downward momentum continuing from negative growth in March at -4.9%YOY. As a result, the growth decline in April 2019 registered 6 consecutive months drop. Overall export figures during the first 4 months of 2019 on average contracted by -4.2%YOY (excluding military arms and weapons shipment to the US).

EIC slashes export value forecast to 0.6% from the previous estimate of 2.7%.

EIC also revises down import value growth in 2019 to 0.8% from 3.2%. The revision is mainly based on declining export growth forecasts, which slows imports of raw material and capital goods in export-related industries. Furthermore, pricing of import products during the first quarter was lower than estimated (import price in terms of USD during the first quarter merely grew by 0.2%YOY), which can cause import value to contract by more than previously anticipated. 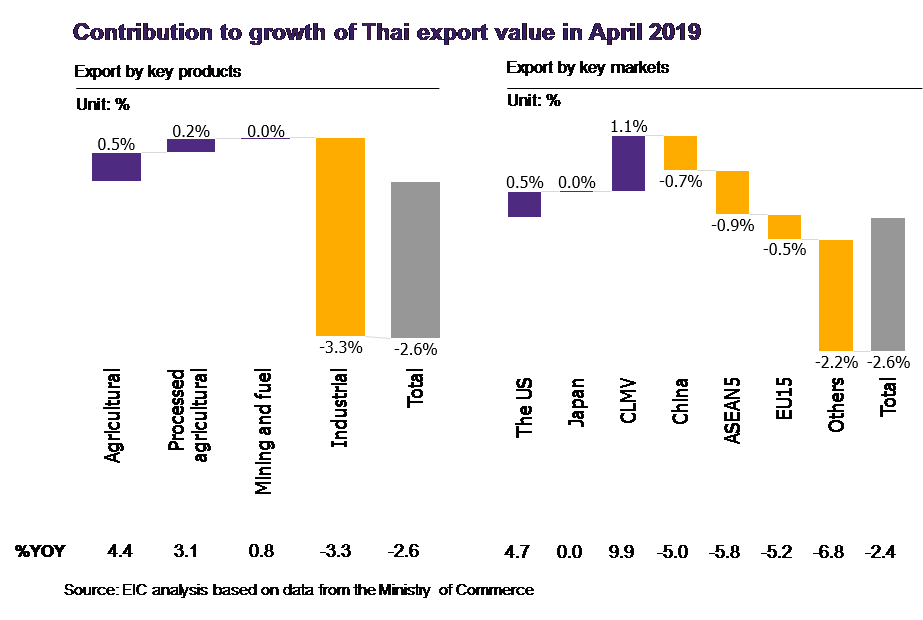