China Cuts 2019 GDP Growth Target to 6.0-6.5%, Focusing on All-Round Economic Stimulus and Trade Negotiation with the US

Ending the Two Sessions 2019, China announced that it is lowering its economic growth target to 6.0-6.5% 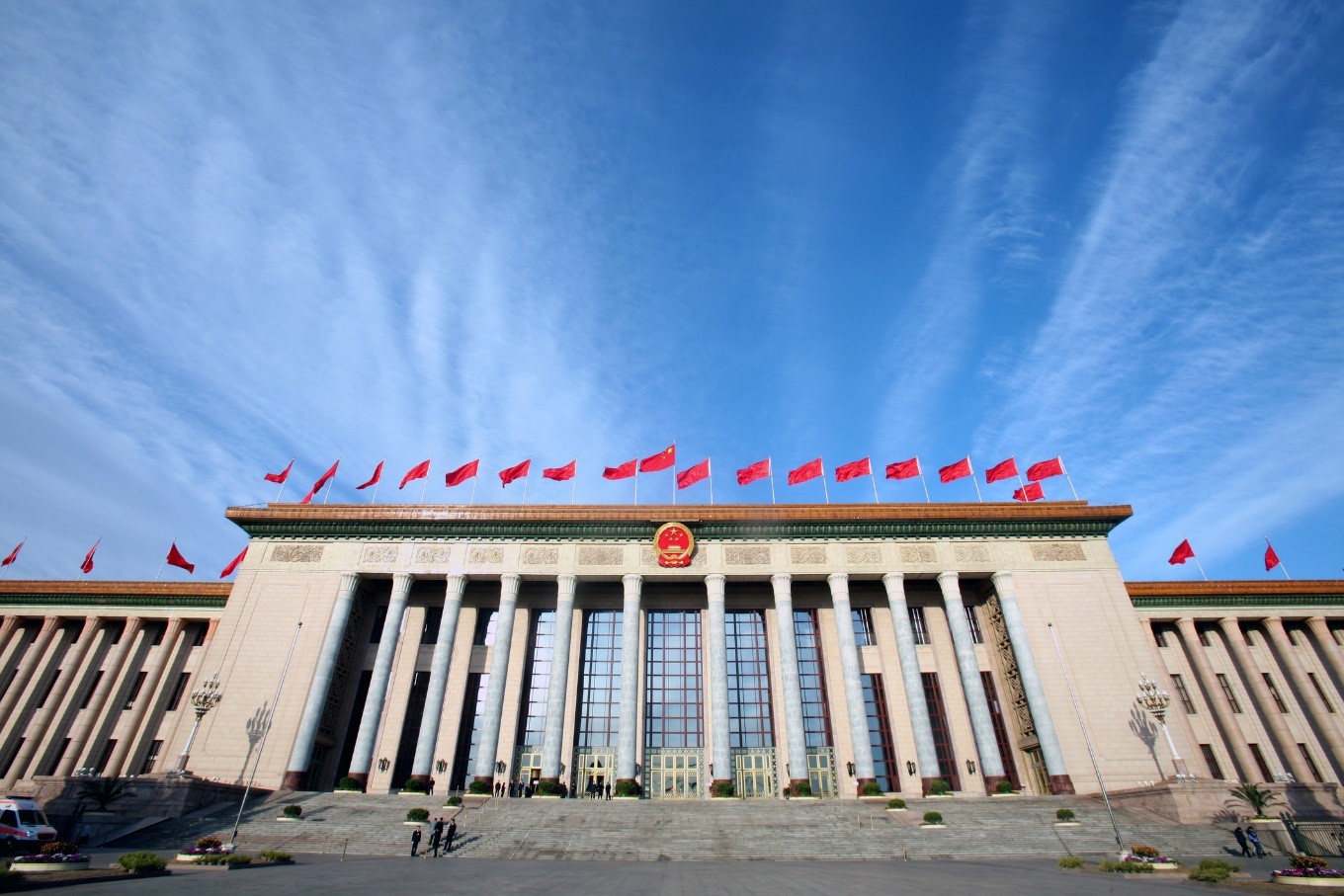 Ending the Two Sessions 2019, China announced that it is lowering its economic growth target to 6.0-6.5%, the slowest in nearly 30 years. From internal economic restructuring to the risks and challenges from external forces that are increasingly serious and complex, China is redirecting and loosening its fiscal and monetary policies in 2019 to sustain the economic slowdown and to effectively boost economic growth as well as moving forward in constructive trade negotiations with the US to reach an agreement between the two countries. EIC believes that China could avoid a hard landing by swiftly and continuously implementing their economic policies with the help of various fiscal and financial tools. No matter which direction the Chinese economy is moving towards, both the world and Thailand’s economies would be affected through trade, investments and tourism.

What is the “Two Sessions”?

Two Sessions 2019 is the most important meeting on the Chinese political calendar. Starting with the Chinese People’s Political Consultative Conference (CPPCC) on March 3, 2019 followed by the National People’s Congress (NPC) on March 5, 2019 and concluded on March 15, 2019. This particular “Two Sessions” is of distinct interest because, in addition to the report and evaluation of the government’s performance of the past year, the international arena has been paying special attention to the direction of China’s economy as well as its economic and social growth target along with its announcement of 2019 policies and strategies for the upcoming future. (Figure 1)

Figure 1: The National People’s Congress (NPC) is tasked to establish economic and social policies aligned with the strategies of the communist party. 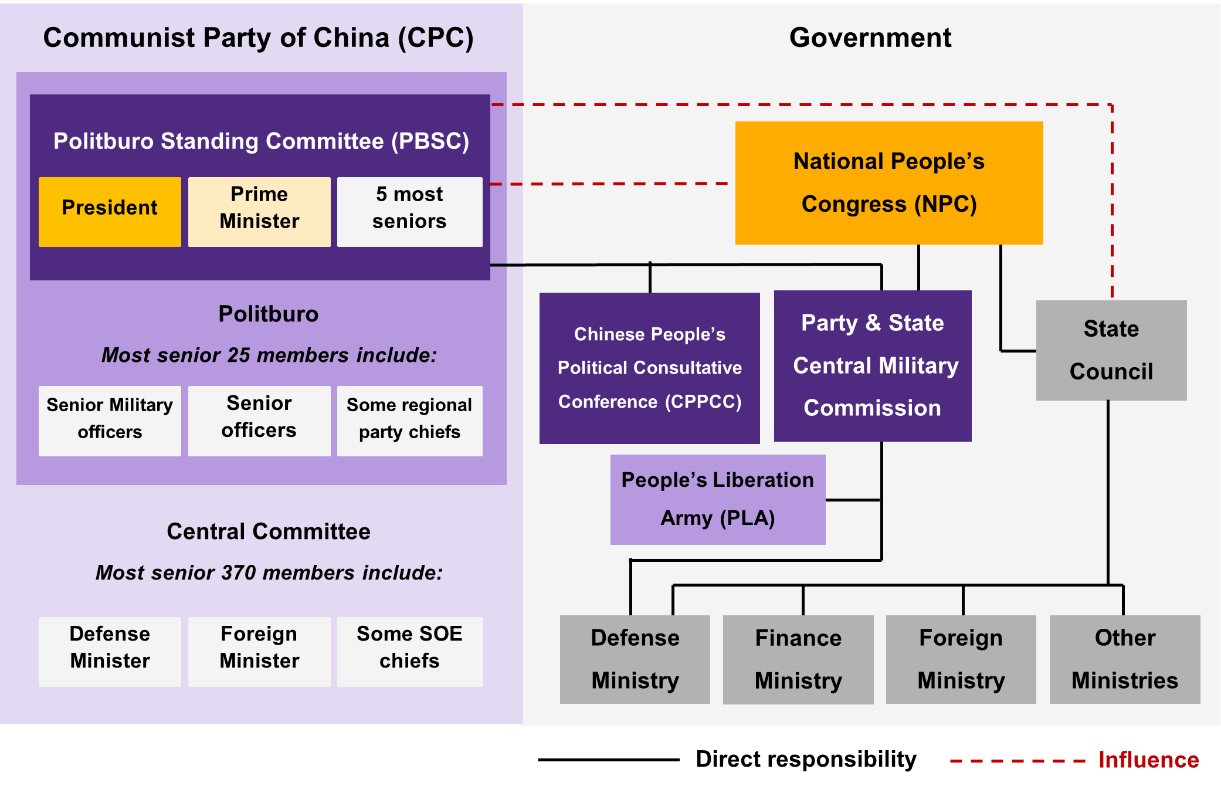 Source: The Economist Who really holds the power in China?

Amidst domestic and international risks, Premier Li Keqiang announced lowering China’s growth target to 6.0-6.5% in 2019, as expected by economists around the world, with the implementation of proactive fiscal policy and prudent monetary policy in order to; maintain economic growth as targeted, promote high-quality economic development, and create stability within the financial sector as well as pushing China to become an economy driven by domestic consumption and innovation alongside moving forward with trade and investment reformation to end conflict with the US. 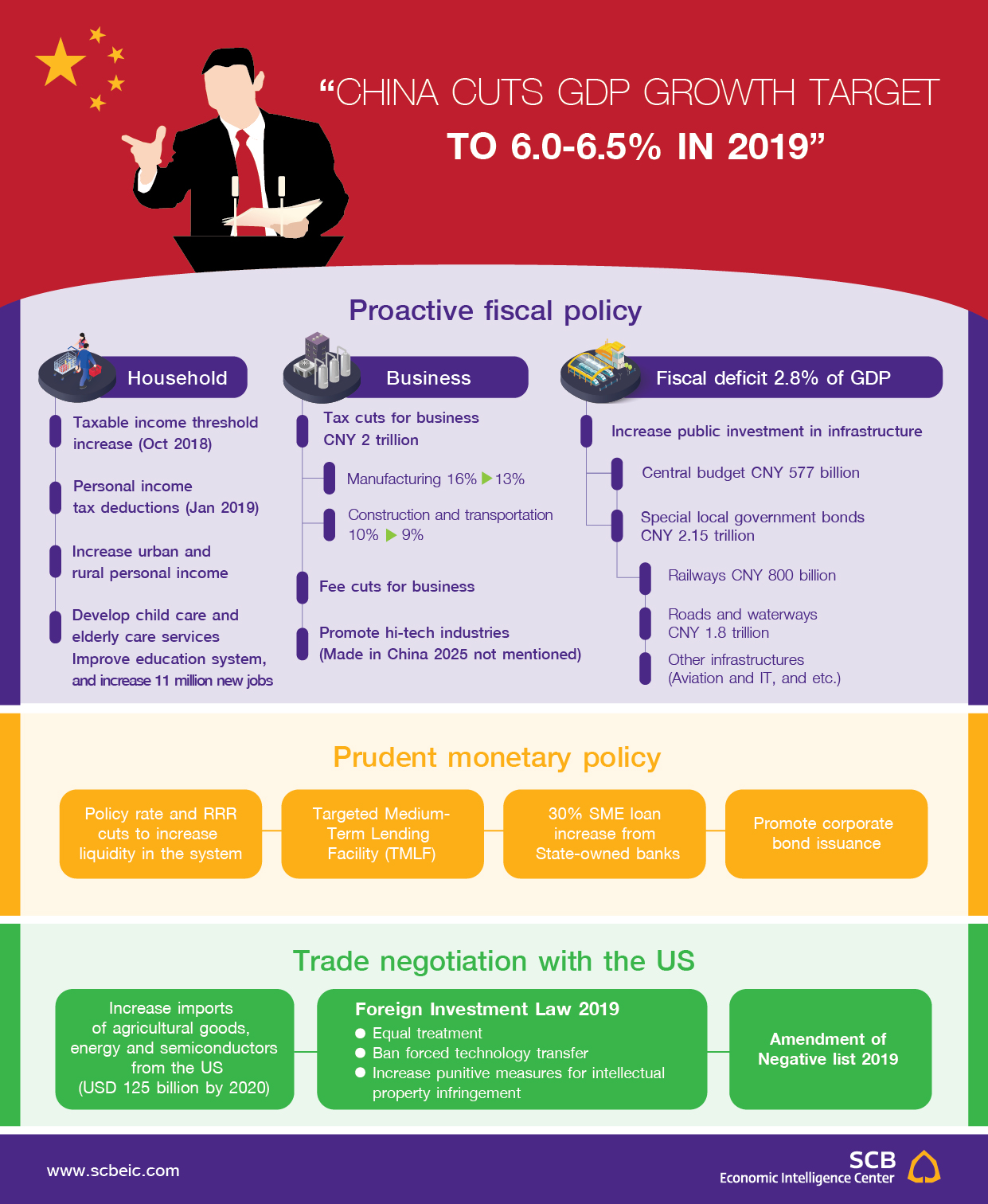 Note_EN_China_Two-Sessions-2019_20190402.pdf 1.15 MB
Tags
ThailandChinaChinese economy
We use cookies and other similar technologies on our website to enhance your browsing experience. For more information, please visit our Cookies Notice.
Accept