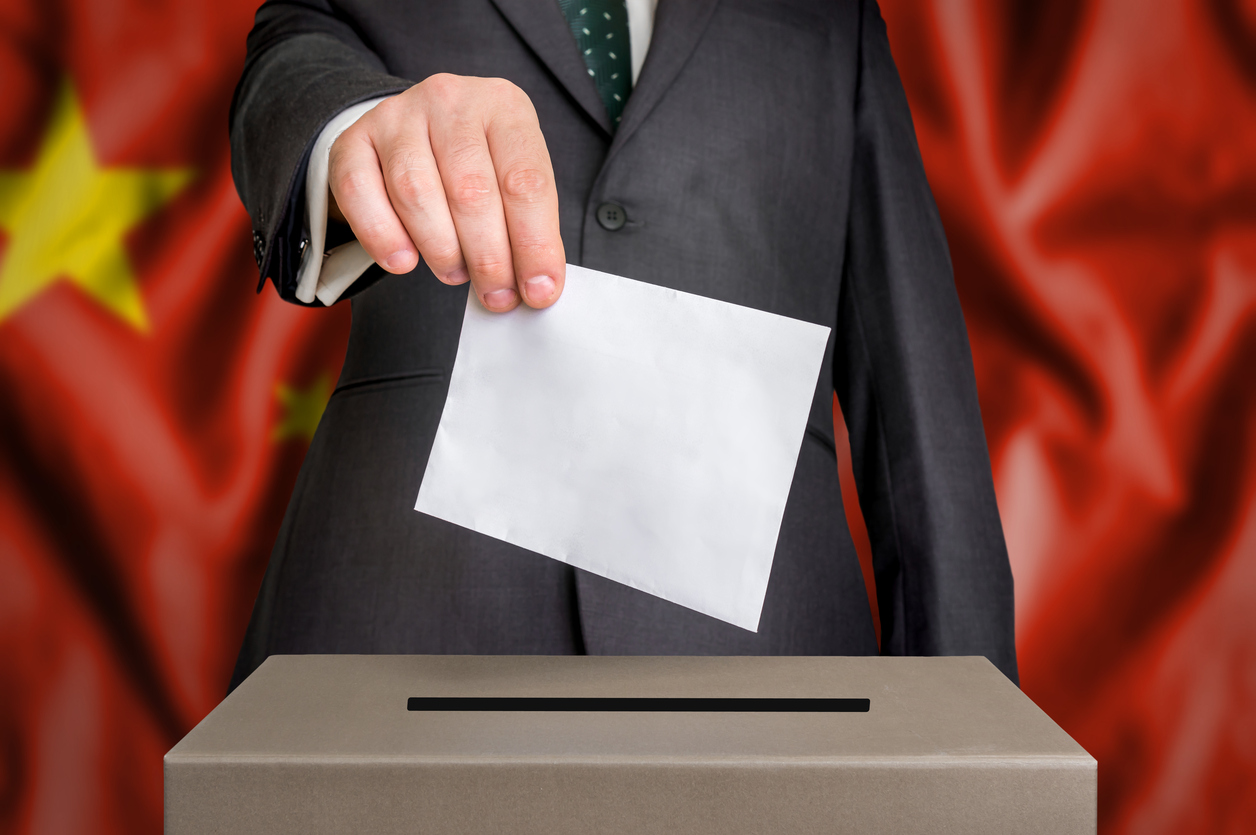 At the close of the 19th National Congress of the Communist Party of China during October 18-24, Xi Jinping continued the second term of his presidency flanked by another six members of the new Politburo Standing Committee. Aside from Xi Jinping, General Secretary of the Communist Party of China and President of the People's Republic of China and Li Keqiang, Premier of the State Council, there are five other members of the Politburo Standing Committee who are all new to the committee: 1) Li Zhanshu, Director of the General Office of the Communist Party of China and Director of the Office of the National Security Commission, 2) Wang Yang, Vice Premier of the State Council, 3) Wang Huning, a political theorist and Director of the Central Policy Research Office, 4) Zhao Leji, Director of the Central Organization Department and Secretary of the Central Commission for Discipline Inspection and 5) Han Zheng, Party secretary of Shanghai. However, the potential successors of Xi such as Hu Chunhua, Party Secretary of Guangdong, and Chen Min’er, Party Secretary of Chongqing, were not elected to sit on the new Politburo Standing Committee. Therefore, it is expected that Xi Jinping may be preparing for a third term of presidency.

The 14 principles of Xi Jinping thought that have now been enshrined in the party's constitution are a guide for China to achieve a modern, prosperous, and progressive socialist state. Covering both economics and politics, the ideologies include significant economic elements such as a call for “comprehensively deepen reform” with the adoption of “new vision for development,” and the policy direction in improving the quality of life of Chinese people and, at the same time, preserving the environment so that humans and nature can coexist in harmony. The ideologies also place importance on the expansion of China's influence on the world stage under the vision to build a community of shared future for mankind. While the political essences of the ideologies concentrate on centralization of power by emphasizing the power of the Communist Party in decision-making, law enforcement and governance and ensuring absolute power of the Party over the People's Army. It also emphasizes the importance of the “One Country, Two Systems” policy, which refers to the mainland China and the special administrative regions of Hong Kong and Macao and the “One China” policy, which cements the relationship between mainland China and Taiwan.

Over the past five years, under the leadership of Xi Jinping, China has entered a “new era,” bringing many impressive achievements, in all economic, social or political aspects. Years of rapid economic expansion has raised China's GDP to CNY 80 trillion, contributing to 30% of global economic growth from 2013 to 2016. China’s economic structure has shifted toward an innovation-driven era resulting in the emerging digital industry and, along with it, the introduction of numerous technological products such as high-speed rail, delivery drone and electric vehicle. Moreover, China continues to lead all other nations on the foreign trade and investment front, particularly under Belt and Road Initiatives. Even China’s measures to elevate the poor has achieved a high level of success, raising over 60 million people out of poverty. The country’s poverty rate has now fallen from around 10% to less than 4%, bringing the nation many steps closer to its ultimate goal of ending poverty in China. However, Xi Jinping’s most prominent success is probably his wide-reaching crackdown intended to repress corruption, as well as the reorganization of the Communist Party, increasing seats available to his allies. Thus, his power has also steadily risen.

The classification of industrial sectors and designation of investment areas create certainty and raises investor confidence and sets criteria for investment benefits. The MIR 2017 stipulates investment into 3 types, namely, prohibited sectors, restricted sectors, and promoted sectors (Figure 2). It also designates business areas into 3 zones according to the level of development (Figure 3), namely, Zone 1 – least developed region, Zone 2 – moderately developed region, and Zone 3 – developed region. The designation of types of business and development zones serves to identify certain limitations to each business type as well as to offer different investment benefits to promoted businesses in each zone. This will help boost both domestic and foreign investors’ confidence when making investment decisions.

Xi Jinping has become the most influential Chinese leader of this era, and it is expected that China's economic and political reform over the next five years will progress very smoothly. In the past five years, Xi Jinping has put so much efforts on eradicating corruption, leading to the management of high domestic debt, which currently stands at 260% of GDP, and the reform of inefficient State Own Enterprises and Zombie companies were not as effective as they should have been. Still, President Xi Jinping’s success in the centralization of power, and the establishment of a new Politburo Standing Committee that shares his economic and political ideologies will certainly result in a smoother implementation of economic policy over the next five years. In addition, Adding Xi Jinping’s name and his ideology to the Party’s constitution while he was alive – sends a clear warning signal that whoever challenges Xi Jinping’s decision-making power is considered a threat to the ruling Communist Party.

China moves forward in opening up the country, focusing on “quality growth” and placing emphasis for the first time on rural development, with an ambitious vision to transform China to be a leading global power by 2050. Unlike previous times, Xi Jinping did not mention the economic growth target figures at this National Congress. Instead, his key focus was “quality” development, meaning that the growth rate of China's GDP can be expected to undergo a gradual slowdown in the next phase, in exchange for long-term, sustainable economic growth

Figure 1: Structure of the Communist Party of China and 19th Politburo Standing Committee 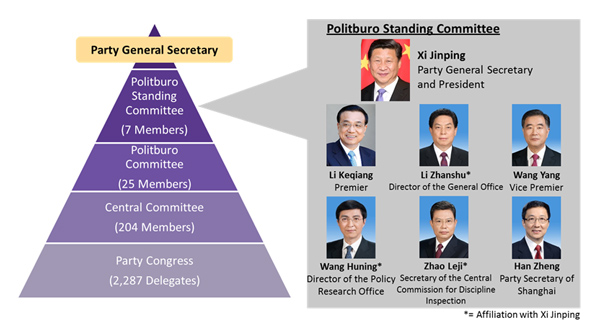 Figure 2: Xi Jinping Thought on Socialism with Chinese Characteristics for a New Era 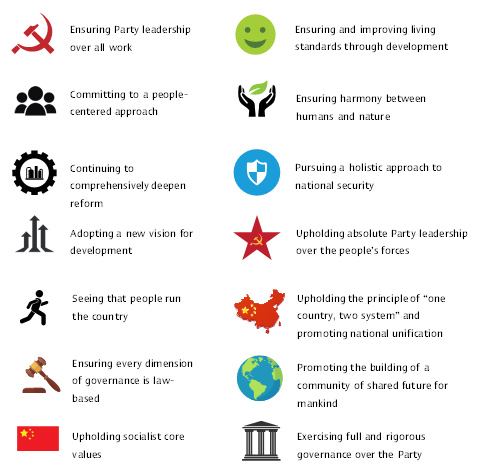 Source: EIC analysis based on data from Chinadaily