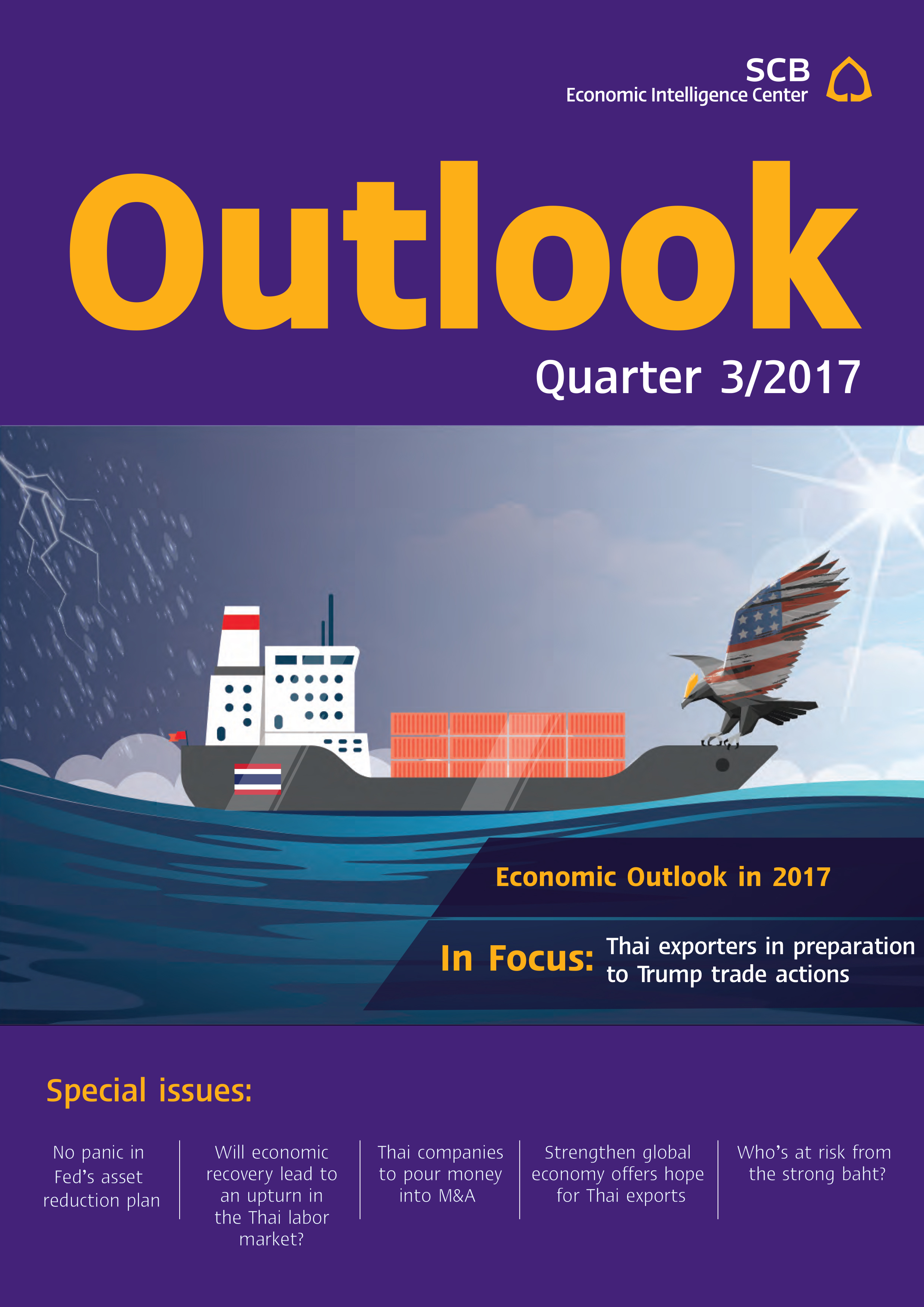 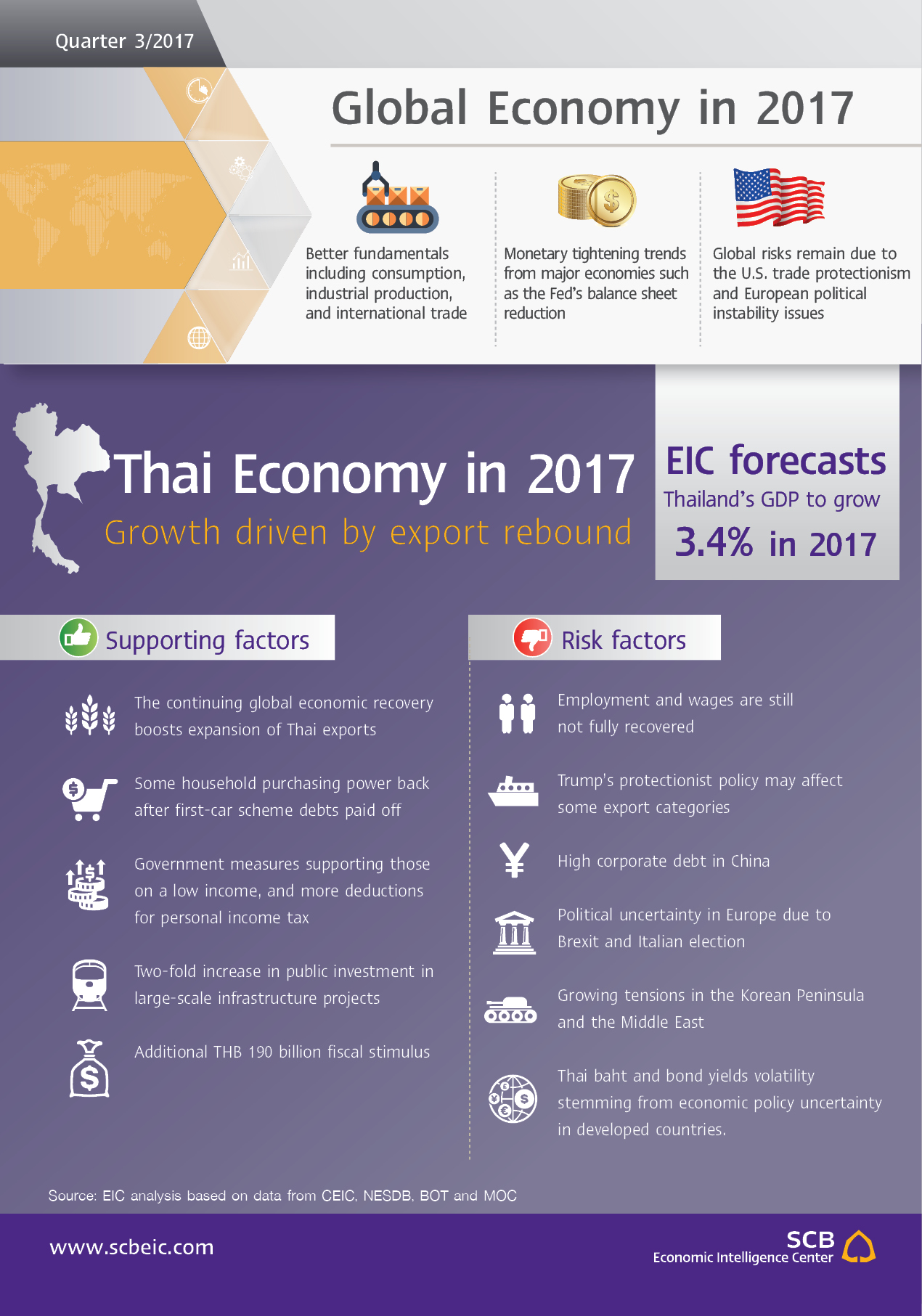 The global economy continued to strengthen during the year’s first half and some risks dissipated. Global economic fundamentals strengthened, led by continued expansion in the United States, rising commodity prices and a recovery in manufacturing output. International trade grew 10%YOY in the first quarter. A few major risks that were previously matters of concern did not materialize. Namely, U.S. trade policy did not turn toward protectionism, contrary to previous threats by President Donald Trump. And politics in Europe, especially elections in France, took a positive turn, supporting economic recovery. Nonetheless, other risks will persist for the rest of the year. Thai exports remain vulnerable to any U.S. effort to reduce the trade deficit, problems in China’s financial sector and Europe’s ongoing political uncertainties such as the outcome of Brexit negotiations and upcoming elections in Italy. Thailand’s financial markets also face instability, as economic policies and politics abroad are likely to generate volatility in cross-border fund flows, affecting the yields of long-term Thai government bonds as well as the baht’s exchange rate. 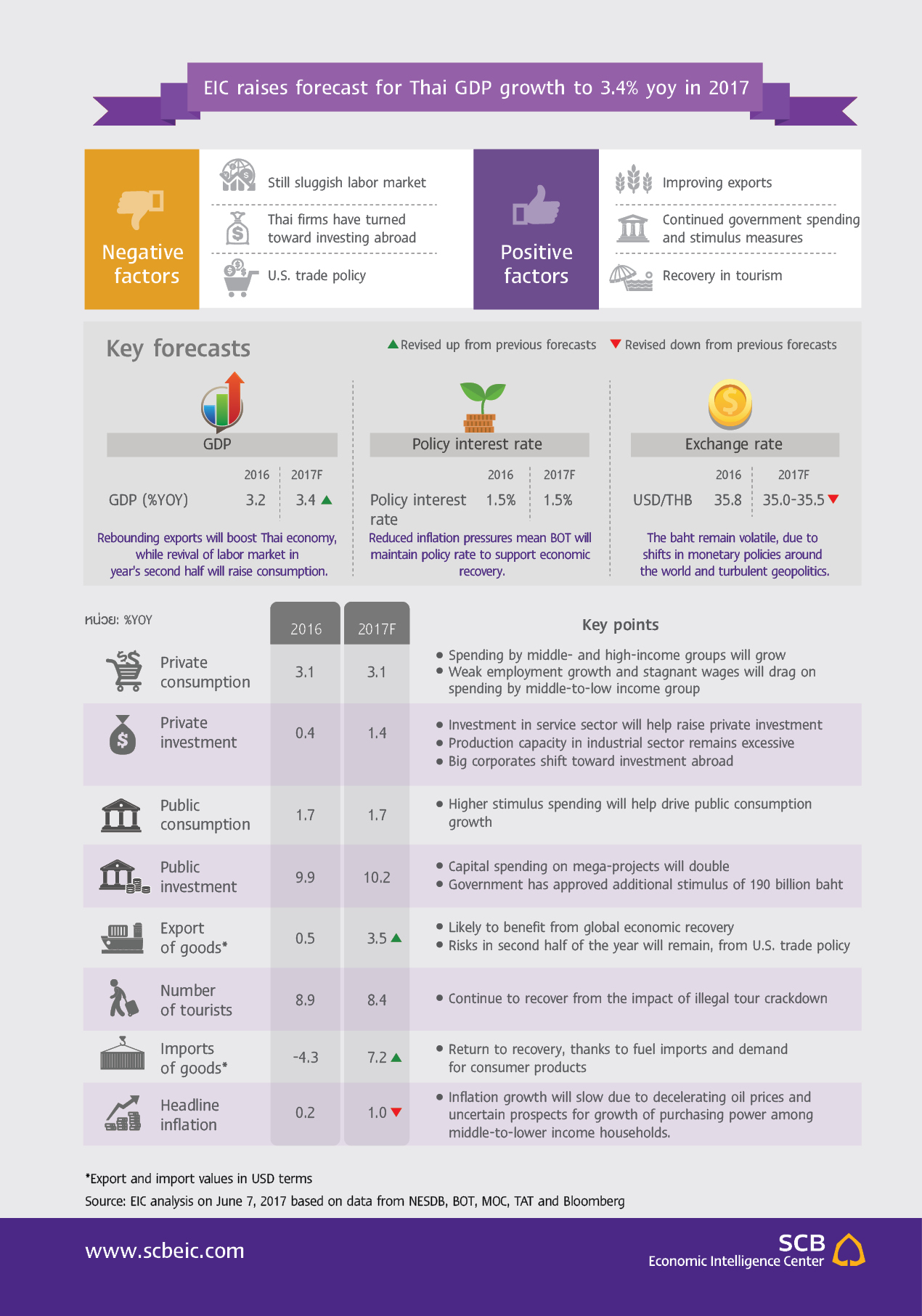 EIC revises Thailand’s 2017 GDP growth forecast upward to 3.4%YOY, mainly from an improved outlook for trade. Rising global growth helped Thai exports to grow faster than expected in the first half of the year, with positive prospects for the rest of the year. Accordingly, EIC adjusts the forecast for Thai exports to grow by 2.5%YOY in 2017, up from 1.5% in the previous quarterly forecast. Higher external demand will lift exports and raise manufacturing output while also inducing suppliers to restock their inventories, which have been declining for a long period. These trends could eventually boost sluggish private investment and hiring. In addition, the Thai economy will receive a boost from the government’s economic stimulus measures during the second half of the year. A central budget dispensation of 190 billion baht will provide support for employment and consumption outside of Bangkok, allowing recovery in consumption to extend to low-to-middle income households, after being concentrated among middle-to-high-income ones during the year’s first half.

EIC’s view: BEAR
The price of crude oil will remain largely unchanged in the third quarter of 2017. Growing production in the U.S., evident in the doubling of rigs over the past year, will weigh down on the price. However, the increase in demand for oil, on the back of global economic growth, especially in Asia, will support a gradual rise in price. Meanwhile, the severing of diplomatic ties between Arab countries and Qatar is not expected to have a significant impact on the price of crude, because Qatar is not a major oil producer, contributing only 1.7% to OPEC production share. Nevertheless, the conflict might drag on prices if it derails OPEC’s agreement to cut production by 1.8 million barrels per day.

In focus: Thai exporters in preparation to Trump trade actions

President Donald Trump’s executive orders on trade actions potentially transform U.S. international trade in various ways. His executive orders to investigate U.S. trade deficits with its 16 trade partners could be used to justify his protectionist measures and could help the U.S. gains greater benefits from trade. On the other hand, its 16 major trade partners, including Thailand, stand on the brink of a possible loss in bargaining power on trade and might lose export values in some industries. 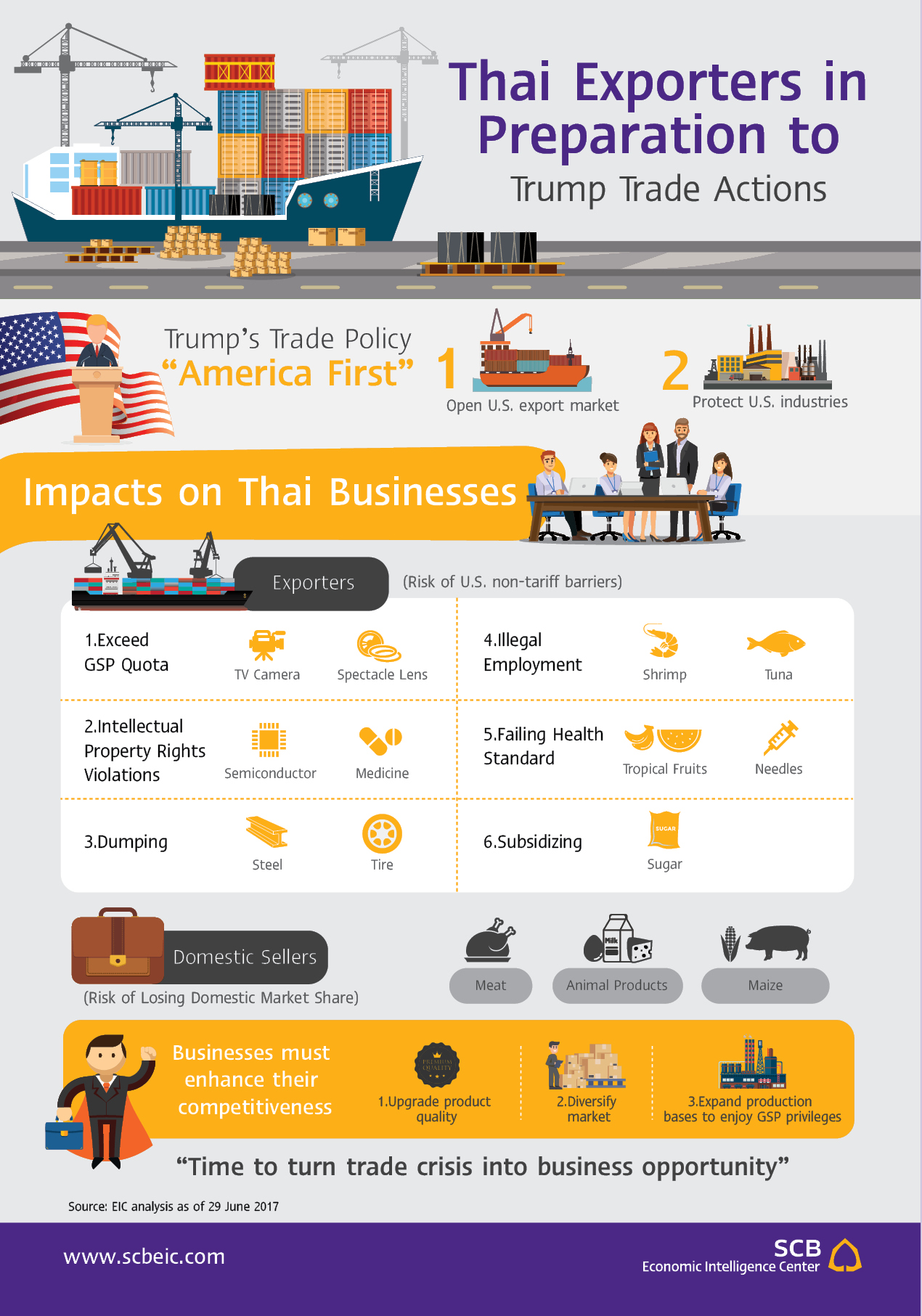