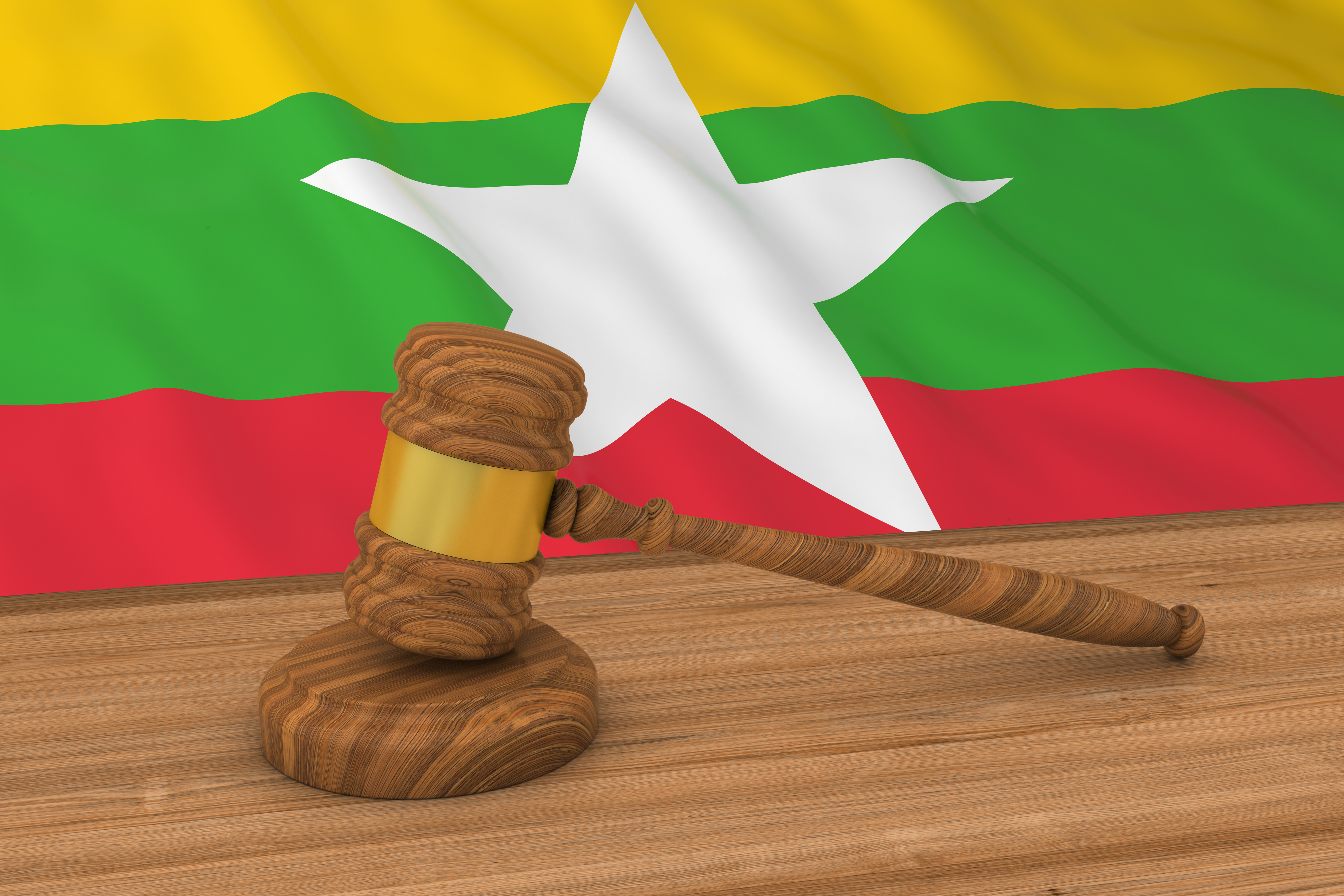 The Myanmar economy has grown rapidly at around 8% annually since the country opened its door in 2012. The Myanmar government promotes investment as a key driver of growth. With its abundant natural resources and growing domestic market, Myanmar has become one of the most attractive investment destinations in the ASEAN region. Foreign direct investment (FDI) into Myanmar had grown steadily, showing 88% growth from 2012 to 2015. However, the FDI figure decelerated by 30% last year – the first drop in 5 years (Figure 1), which has led to a slowdown in 2016 GDP growth at 6.3%. This is due, in part, to investors’ decision to delay their investments in anticipation of the government’s policies and the revision of the Myanmar Investment Law 2016 (MIL 2016)

The MIL 2016 came into force on 1 January 2017, replacing the previous Foreign Investment Law 2012 and Myanmar Citizen Investment Law 2013. Experts from both the public and private sectors are of the view that both the former laws contained several weaknesses and vague legal explanations. The laws did not effectively promote investment in Myanmar and raised questions about unequal treatment of domestic and foreign investors. The Investment laws and rules have therefore been revised with the following key objectives: 1) to simplify the investment permit issuing process; 2) to clarify rules and regulations; 3) to offer more appropriate and effective investment benefits; and 4) to revise the laws in accordance with international investment standards with an aim to afford equal treatment to both domestic and foreign investors.

The simplification of the investment permit issuing process will reduce the cost and time for investors. This will also solve the problem of the loss of government tax revenue as the new tax incentives are only available for the targeted sectors. Under the new law, State/Region investment committees are set up to help take up some of the works, decentralize the decision making power, and solve the problem of slow permit issuance process from the Myanmar Investment Committee (MIC). Permit approval under the new laws fall into two categories, namely 1) MIC Permit for 5 types of investment[1] for which investors are required to submit proposals to be approved by the MIC only, and 2) Endorsement for all other types of investment aside from the 5 in the abovementioned list. In this case, investors are not required to submit a proposal to the MIC. And for investments with a value not exceeding USD 5 million, endorsement requests can be directly approved by the State/Region investment committees. In addition, the request for tax incentives and land rights authorization application have to be submitted separately from the MIC Permit or the Endorsement application. Hence, this new regulation limits the investment benefits to the targeted sectors only.

The classification of industrial sectors and designation of investment areas create certainty and raises investor confidence and sets criteria for investment benefits. The MIR 2017 stipulates investment into 3 types, namely, prohibited sectors, restricted sectors, and promoted sectors (Figure 2). It also designates business areas into 3 zones according to the level of development (Figure 3), namely, Zone 1 – least developed region, Zone 2 – moderately developed region, and Zone 3 – developed region. The designation of types of business and development zones serves to identify certain limitations to each business type as well as to offer different investment benefits to promoted businesses in each zone. This will help boost both domestic and foreign investors’ confidence when making investment decision.

Moreover, the MIR 2017 removes the requirement ratio to employ Myanmar workers, and allows businesses to employ workers of any nationalities, as appropriate, in positions of management, technical and operational experts, and business advisors. Businesses are, however, still required to hire Myanmar workers for a position that does not require skill. It also lifts the requirements to give the same wages to Myanmar nationals and foreign nationals in the same position. Thus, the changes in employment regulation will attract potential candidates and enable businesses to operate more effectively.

Source: EIC analysis based on data from Myanmar Investment Committee 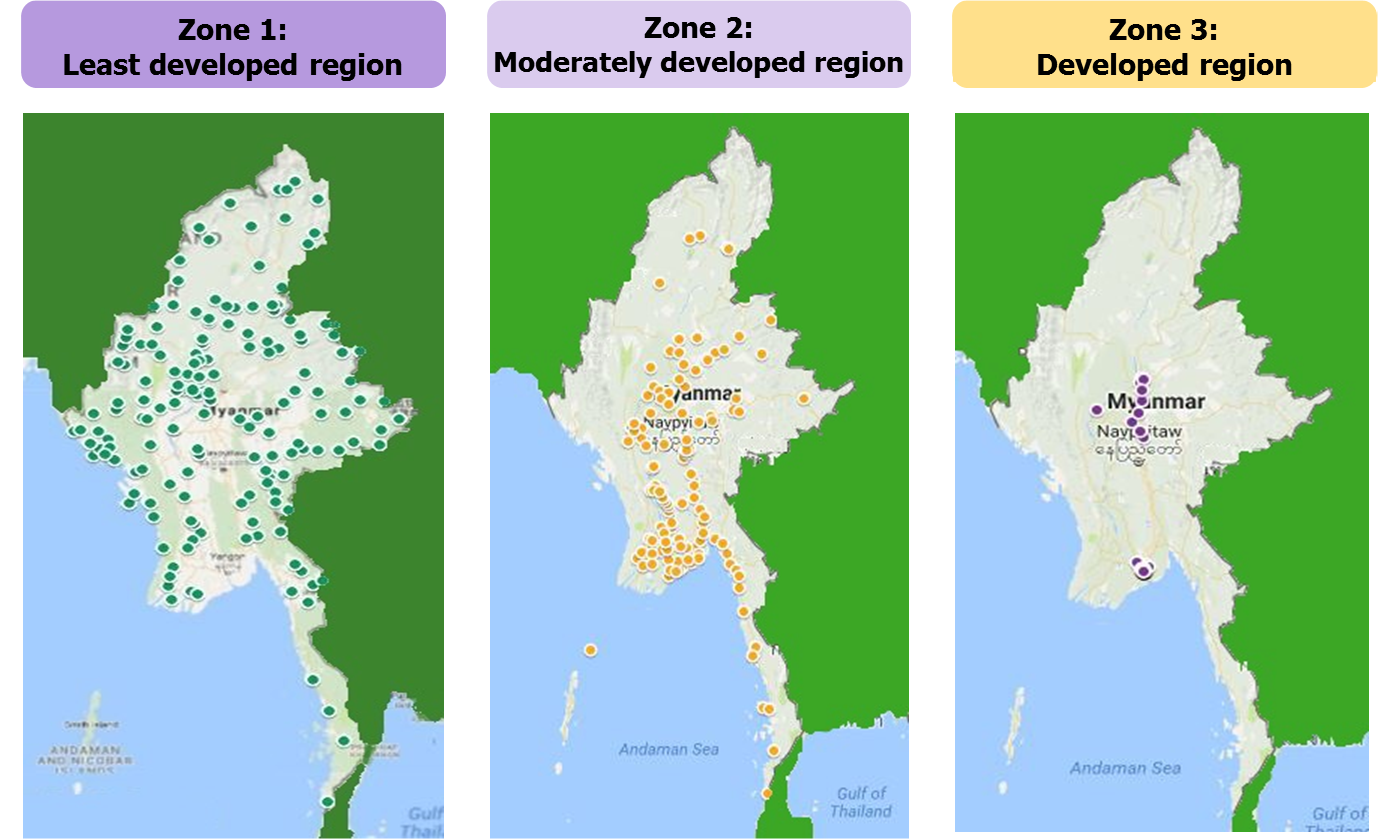 Source: EIC analysis based on data from the Myanmar Investment Committee

Note_EN_Myanmar-Investment-Law-2016_20170703.pdf 245.61 KB
Tags
MyanmarInvestmentLaw
We use cookies and other similar technologies on our website to enhance your browsing experience. For more information, please visit our Cookies Notice.
Accept