BOX: Thailand and the transition towards a cashless society and E-Payment

The move towards a cashless society around world has taken a leap forward in the past 10 years. Sweden, one of the most advanced economies, has made a nearly full transition into a cashless society, having removed cash deposit and withdrawal services in more than half of all bank branches in the country. In fact, a subwaytrain ticket in Stockholm can no longer be bought using cash. Meanwhile innovations like Apple Pay and Bitcoin are another reminder of how cash is quickly becoming obsolete.

Cashless societies will raise the efficiency and capacity of an economy via cost reductions due to cashless transactions and the increased transparency of financial service system. The hidden costs in managing cash are, for example, the cost of transportation, storage, and production. The Thai Bankers Association has estimated the total savings from moving to an e-payment system would be approximately 100 billion baht per year. A cashless society can also increase the efficiency of government tax collection as financial systems become more transparent. This is because all e-payment transactions will be recorded in the system, allowing government officers to track irregularities. This can help prevent tax avoidance, corruption, and money laundering within the country.

The latest studies from Moody’s Analytics shows that e-payment systems will have a positive impact on economic growth, particularly on GDP and consumption spending. Use of e-payment systems and various electronic payment cards will increase GDP by 3.18 billion US dollar during 2011-2015, which is equivalent to an average increase in employment of 75,000 people per year. In terms of consumption, e-payments will support businesses in expanding their customer base. The Moody's study forecasts that every 1% increase in credit or debit card use will increase consumption around the world an average of 104 billion US dollars per year.

To maximize the benefits of a cashless society, Thailand needs to resolve 2 main issues, the reforming of related infrastructure and increasing the use of e-payment systems in Thailand. A study by Tufts University and MasterCard Worldwide ranks countries by the Digital Evolution Index (DEI), an indicator of readiness for a transition towards a cashless society. The study shows that Singapore is ranked first out of 50 countries, while Thailand ranks 35th. The low ranking indicates that Thailand is unprepared in terms of the infrastructure required for a cashless society and emphasize the need for a financial payment system overhaul in Thailand that will increase efficiency and reduce resistance to the move to a cashless society. Electronic networks will support increased e-payment use and in turn have a positive influence on GDP. Furthermore, the countries that are most prepared for the transition are those that will benefit most from such a move. The Thai government has therefore initiated reforms of related infrastructure, startingwith the introduction of a new cash transfer system called PromptPay. The project is one out of five project collaborations between the Bank of Thailand and the Ministry of Finance aimed at modernizing payment systems. Another upcoming project is to expand the use of payment machines.The project is currently in the planning phase, with implementation expected in the near future.

Nevertheless, increased usage and acceptance of e-payments may be limited by 2 factors.The first is currency-specific characteristics. A government may have difficulty ending the use of notes and coins if its currency is highly valued by a large group of people due to its credibility in retaining currency value. A good example is the U.S.dollar, which is used globally. As a result, in the U.S. the share of non-cash payments accounts for only 45% of all transactions. The number is low when taking into account the country’s advancement in payment technology, as reflected by its DEI ranking of 6th place and a score of 51.79. In contrast, France, which is ranked 19th at a score of 44.07, has a 14% higher share of non-cash payments than the U.S. Moreover, the U.S. currency is a safe haven for investors and ordinary people in during times of strong economic growth and turbulence. Thus various countries, such Ecuador and the Bahamas, have chosen the U.S. dollar as their main currency. In Zimbabwe during the hyperinflation period, many people exchanged holdings of the local currency for the U.S. dollar. According to a forecast by Ruth Judson of the Federal Reserve, the use of U.S. currency is so widespread across the globe that approximately 50% of all US currency is circulating outside of the country. This in turn indicates that even though the US may be able to successfully transition into a cashless society within the country, a large number of U.S.bank notes and coins will still remain circulating outside its borders. Therefore, given its specific characteristics, it may be difficult for the U.S. to reduce the amount of U.S. currency circulating in the financial system.

In contrast, the Thai baht is not a significant currency in the global market and therefore it should be easier for the Thai government to overcome this issue. However, a possible concern for the government would be the use of baht in facilitating cross-border trade betweenneighboring countries like Cambodia, Laos, and Myanmar, which accounted for 500 billion baht in trade during 2015. It is likely that cross-border traders in these countries will be reluctant to stop using the Thai baht as it will limit the trading capacity of Thai traders and importantly,Cambodia, Laos, and Myanmar have yet to develop the infrastructures required to support e-payment or non-cash payments. Therefore, as Thailand moves towards becoming a cashless society these operators will continue to use the Thai baht in facilitating cross-border trade. The demand for the use of baht cash in cross-border trade may therefore become an obstacle in the transition towards a cashless society in Thailand. 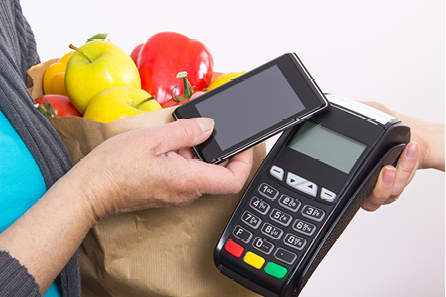 The second limitation is the demand to use cash in daily life. A social impediment has risen as people are still concerned over the possibility of personal information leaks and the general safety of e-payment. Meanwhile, some people refuse to use credit or debit cards for payment because they are more comfortable with using cash. There is also more privacy as cash transactions are not recorded and therefore untraceable by government officers. In the U.S. cash is commonly used in the underground economy to avoid government inspection, which accounts for some 10% of GDP. Given such concerns over safety and the loss of privacy, many people are reluctant to abandon the use of cash.

According to a Mastercard forecast, shares of noncash payments in Thailand and Taiwan in 2013 were 2% and 6% of total payments, respectively. In Thailand, promotion of e-payment and reduction of cash usage in daily life can be achieved by educating the public in how the system works and its benefits. Also, security standards need to be upgraded, and the government can use incentive schemes to promote e-payment, such as applying a VAT rate that is higher than 7% on cash purchases, the reduction of transfer fees through PromptPay, and lower tax rates for users of e-payment.

Thailand can also adopt various measures used in other countries. An example is US e-payment company PayPal spending 10 million USD to buy a commercial time slot during the Super Bowl 2016, the biggest sporting event in North America, to promote its “There’s a New Money in Town” commercials. The ads aimed to project a negative image on cash as old and outdated and paint a more positive view of non-cash payment or e-payment as modern, safe, and inclusive. Another example is JP Morgan Chase Bank in the U.S., which forbids the storage of notes and coins in the bank’s safes. That bank also does not allow credit cards, house loan, or car loan payments to be repaid in cash in order to reduce the use of cash in the system and increase e-payment transactions. In the UK, many leading banks are supporting the use of contactless credit and debit cards. These cards are more convenient than traditional credit and debit cards that require swiping and signature authentication when making a payment. The use of contactless cards has been increasing, especially for smaller transactions, making them more likely to be able to replace the use of cash as cash is most frequently used in smaller transactions. Banks like Barclays, for example, will automatically issue contactless cards that cannot be canceled or changed into a different type of card. Other banks, such as the Royal Bank of Scotland and Lloyds, have adopted similar policies but allow their customers to exchange their contactless card for a traditional card that requires swiping and signing, if requested.

Apart from the aforementioned policies, the Thai government may use legal measures to enforce changes. An example is in the UK during 2009, when the Payment Council proposed terminating the use of checks in the country by 2018. While in Denmark during 2015, a law that will allow business owners to deny cash payment for the purchases of goods and services was proposed by the Chamber of Commerce to the parliament for approval. This law will make Denmark the first country to have cashless stores once it comes into effect.

In sum, EIC believes that in order the prepare the country to move towards a cashless society, the Thai government not only needs to upgrade related infrastructure to reduce cost and increase capacity, but also needs to address social limitations that are obstructing an efficient transition. Such limitations can hinder developments despite having equipped the country with modern infrastructures. Therefore, to retrieve the most benefit of a cashless society Thailand needs toresolve both infrastructure and social issues at the same time.

Tags
ThailandE-payment
We use cookies and other similar technologies on our website to enhance your browsing experience. For more information, please visit our Cookies Notice.
Accept