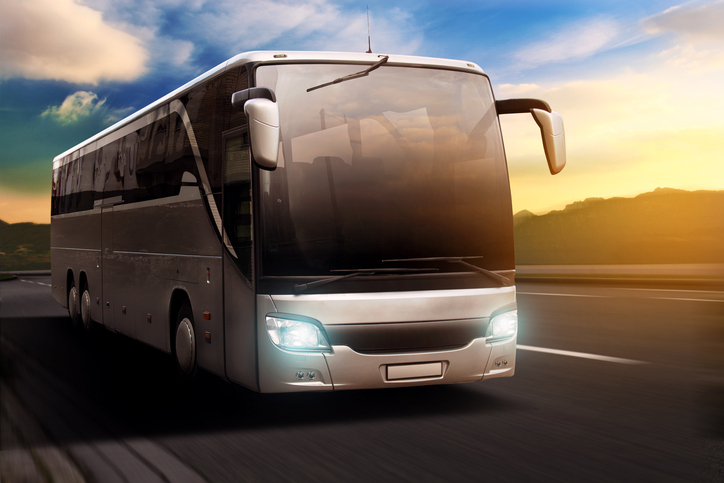 The market for buses in Thailand is small compared to the market for passenger cars. From 2011 to 2015 there were on average 1,500 new buses sold and registered per year. The number of plate registrations during the same period increased by 8,700 per year, resulting in 300,000 registered plates today. The difference between the number of new buses sold and new plate registrations, almost 7,200, stems from the popularity of the second-hand market, where buyers buy used buses, modify and refurbish them, then register for new plates. Used buses are popular due to their significant price advantage. A new bus costs anywhere between 5 and 10 million baht, whereas a used bus typically costs around 0.3-2 million baht. Prices depend on structural types (for example, 6 wheel, 8 wheel, or 10 wheel platforms) and, in the case of used buses, how long they have been in use.

In 2015, buses for tourism, or coaches, made up 68% of new bus sales, a significant increase from 34% in 2011. At the same time, sales of public transport buses fell noticeably. This partly stemmed from the changing behavior of riders in Bangkok and vicinity. For example, in 2015 the average daily number of Bangkok Mass Transit Authority (BMTA) riders fell by more than 100,000, or 7% of all daily riders. Many opted for the BTS or MRT rail systems. For long-distance travel service providers prefer vans as they allow more flexibility and are more cost effective in terms of maintenance. At the same time, the growing number of tourists resulted in more demand for tourist buses. Since 2010 Chinese bus imports have steadily increased. Today buses imported from China account for more than 50% of the market, compared to buses from Europe (15%) and Japan (18%).

Most Thai bus manufacturers provide vehicle body assembling service. Both the market and number of buses manufactured per type are small, and therefore insufficient for a viable domestic market for the manufacturing of parts. Other limitations include insufficient skilled labor, insufficient raw material (upstream steel) as well as low capacity in design and product development, which makes it difficult for manufacturers to attract investors. Furthermore, the majority of key parts still have to be imported from Japan or Europe. They are expensive yet remain popular among buyers due to the high quality of the chassis structure. These parts are deemed suitable for use in Thailand, where buses typically remain in use for more than 10 years. The chassis can also be dismantled and re-assembled with a new body. On the other hand, although some Thai manufacturers have invested in research and development in order to produce commercial electric buses, the size of the market still poses a challenge. In this regard, bus importers hold an advantage thanks to the cost saved per unit and lower prices due to mass production, especially in China.

Chinese buses, especially tourist coaches, are increasingly popular among service operators. From 2010 to 2015 registrations of new Chinese buses grew by 34% on average per year, corresponding with the growing number of tourists, especially from China, which has risen by 48% per year on average. Moreover, Chinese bus imports meet the conditions of the ASEAN-China Free Trade Agreement, exempting buyers from the 40% import tax. Presently a Chinese bus costs approximately 3-8 million baht, depending on size, styling, accessories, and other features. As such, in the draft TOR for the purchasing of 489 NGV buses by the BMTA the specified median price fell from 4.5 million baht/vehicle in early 2014 to 3.5 million baht/vehicle on 11 March 2016.

In a market environment determined by pricing competition, EIC sees opportunities remaining in providing service. Bus assemblers can differentiate their products in order to penetrate new customer groups. For example, they can import chassis and other parts from China in order to cut costs as well as prices, while continuing to use parts and materials from Europe or Japan for the high-end market which still prefers the best quality parts. Bus manufacturers can also become service providers in new markets. For example, they can provide tours as well as buses for rent. They may also consider re-selling imported parts from China and/or providing maintenance and repair service. Outside of Bangkok there are not enough service centers and parts availability, especially compared to the number of buses on the road. In addition, as buses in Thailand tend to be used for many years, there is strong demand for parts and maintenance service.