Japan’s "Thailand-Plus-One" revisited: a business opportunity in the Mekong sub-region 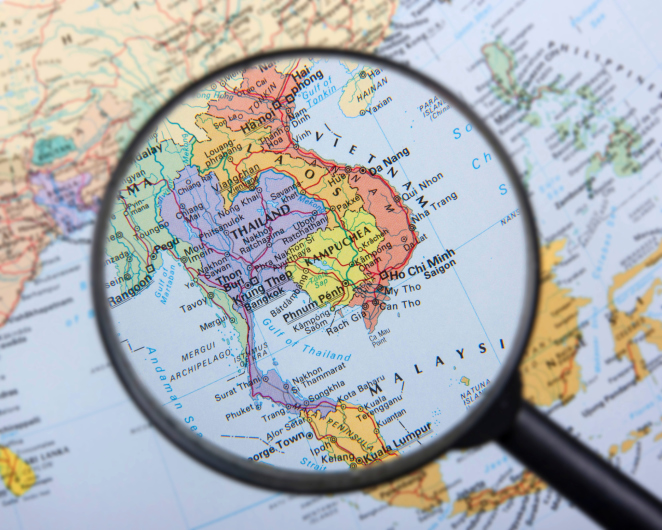 Rising wages and labor shortages in Thailand have lately prompted some Japanese manufacturing companies to turn to the CLMV (Cambodia, Laos, Myanmar and Vietnam) for new low-cost production sites in the ASEAN region. This is not entirely a bad news for Thailand. Though labor-intensive processes are shifted to the CLMV, Japanese companies still choose to keep the main production bases in Thailand. This is often known as the “Thailand-Plus-One” strategy in which Japanese companies extend the supply chain network that were developed in Thailand to neighboring countries.

Two elements are helping to turn this strategy into reality. The first one is progress in achieving political stability and improved economic conditions of the CLMV. The other one is the active effort made by the CLMV governments to invite foreign direct investment (FDI) as they have established many special economic zones (SEZ) offering various investment incentives in areas around their capitals and border regions. As a result, FDI from Japan to Thailand and the CLMV, collectively known as the Mekong sub-region, has tripled from approximately $4 billion in the early 2000s to more than $10 billion recently.

Examples of Japanese businesses moving into the CLMV on the back of the Thailand-Plus-One strategy have been increasing in recent years. In Cambodia, Minebea Corporation, a Japanese multinational corporation and major producer of machinery components and electronic devices, invested $60 million to establish a motor factory in the Phnom Penh SEZ in 2011. Existing factories in Thailand now supply parts for the Cambodian factory’s production. Nidec Corporation, a Japanese electronic company, invested about $37.5 million in 2012 to establish a factory in Poipet to produce parts for computer hard drives (base plates) and supply them to a factory in Ayutthaya, Thailand. This subsidiary in Cambodia is now dedicated to further developing the company’s base plate business.

In Laos, Toyota Boshoku Corporation, a manufacturer of automotive components, built a $5.6 million factory in 2014, which is being used to manufacture automobile seat covers for a factory in Thailand. For Myanmar, as a result of joint efforts involving Japan’s public and private sectors to open mega-industrial parks in Dawei (the first phase of the project cost $1.7 billion) and the Thilawa SEZ ($510-million Japanese investment), Japan’s FDI to Myanmar rose sharply in 2015 compared with the previous year and will possibly incorporate the strategy to a full-fledged scale in the near future.

Vietnam, though not included in the Thailand-Plus-One model, is drawing a lot of attention from Japanese firms as the new frontier in the Mekong sub-region with great potential to meet Japanese supply chain needs. With Vietnam being one of the world’s largest markets for motorcycles, Japanese automakers, such as Yamaha and Honda along with parts and components suppliers, have been investing in the country for decades. A notable example is that Honda has made its production facilities in Vietnam a base for exporting to Thailand, Laos, Cambodia and Malaysia.

Thailand-Plus-One strategy should benefit all parties involved. For Japanese companies, the strategy helps reduce costs and increase their profits, while allowing them to continue to operate in a familiar environment. For the CLMV countries, accepting fragments of a production block is crucial for their industrial development, in addition to job creation. Japanese FDI often involves cutting‐edge technologies and fosters supporting industries; thus, the local players can expect positive productivity spillovers from technological transfer and superior managerial know-how.

As for Thailand, the strategy is beneficial as the country’s production base will be raised to more advanced levels. Major Japanese automotive and parts industries, such as tires and batteries, are already supporting such upgrades by announcing their intention to expand R&D functions in Thailand. EIC thinks that the strategy should also help to mitigate labor shortage problems as the demand for unskilled workers will decrease. Nevertheless, Thailand’s labor quality must be improved comprehensively through additional training and intensive education to be ready for the increased sophistication of new Japanese FDI to Thailand as a result of this strategy. Moreover, to move up the value chain in manufacturing via this strategy, EIC believes that other value-added industries, such as manufacturing design, distribution, warehousing, and logistics management should be encouraged.

To better prepare Thailand for the Thailand-Plus-One strategy, policymakers should perceive Thailand as the core of regional production. Both human resources and cross-border infrastructure must be ready to embrace future changes and new breed of FDI. Eventually, to compensate for the transfer of labor-intensive businesses from Thailand to the CLMV countries, the industrial focus in Thailand needs to concentrate on becoming technology-intensive and ultimately innovation-driven as the country is increasing its significant presence as the production hub the Mekong sub-region.

This article is the third and the last in a three-part series that summarizes the progress of Thailand-plus-one strategy and provides the recent analysis of Japan’s FDI strategies in CLMV.